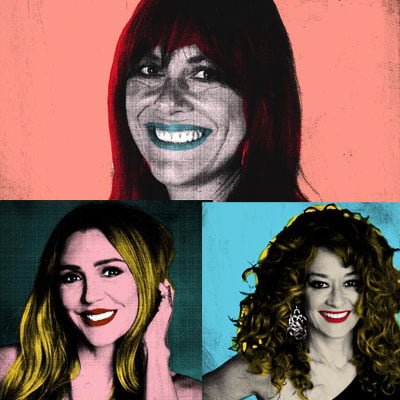 Eve Von Bibra, Ally Fowler and Tottie Goldsmith are the Chantoozies, one of the 80s hottest acts. They had Top 10 hits with Witch Queen, Wanna Be Up and He’s Gonna Step On You Again. They toured Australia many times and sold over 300,000 records.

They’ve all acted in productions including Kenny, Neighbours and Stingers, to name a few! When the girls hit the stage, they put a smile on everyone’s faces!