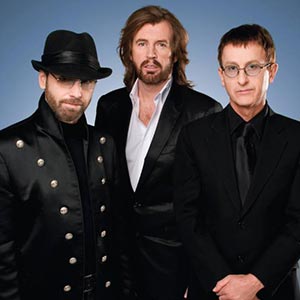 From headlining on the Las Vegas strip for 9 years, the Australian Bee Gees Show is back in Australia with a new show.

Featuring all the hits and presented in two parts, this multimedia concert event will take you down memory lane, filled with nostalgia.

They are an exceptional live concert act, named as the Best Tribute Show by the Las Vegas Review Journal.

During their 75 minute show, you’ll hear Bee Gees hits such as You Should Be Dancing, Staying Alive, Jive Talkin’ and How Deep Is Your Love.

This tribute band dress the part, and replicate the moves and style as well as the sound of the original Bee Gees.

Be part of the magic that is The Australian Bee Gees Show.