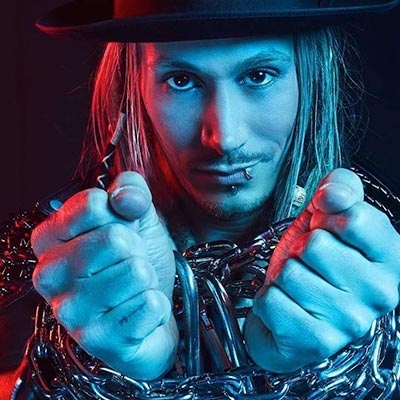 A giant on the world stage and entertainment trailblazer, Cosentino is Australia’s most successful magician, escape artist and illusionist.

He blends magic and dance that captivates fans and includes a touch of hilarity through audience participation. His cutting-edge shows have thrilled packed houses, with his street magic and mind-boggling stage illusions. With the title of International Magician of the Year, Cosentino has been recognised as “the most dominant figure currently in Australian entertainment”.

He was the first Australian magician with his own television shows, making him a household name. His nine very successful prime-time TV specials have been seen by over 500 million people and broadcast in more than 40 countries.

Cosentino’s death-defying escapes thrill the senses and twist your view of reality!