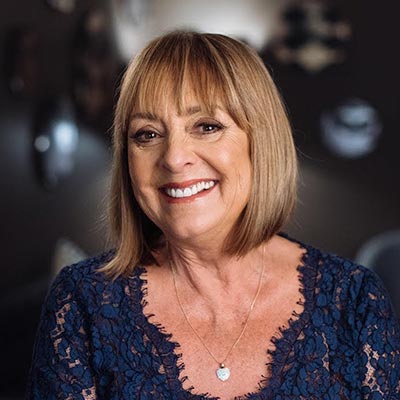 For over five decades Denise Drysdale has been famously entertaining audiences. Denise is a two-time “TV Week” Gold Logie Award winner with extensive experience on television.

Her popularity as Melbourne’s first television go-go dancer led the Australian Government inviting her to perform in 1967 for troops in Vietnam. Her famous nickname “Ding Dong” was born on “The Ernie Sigley Show” when she became the barrel girl in 1974.

Her television credits include “Countdown”, “Young Talent Time”, “Spicks and Specks”, “Please Like Me”, “Neighbours” and “Celebrity Squares”.

She was a co-host on Network Ten’s morning show “The Circle” and joins “Studio 10” every second week, as well as recording a weekly podcast called “One Fat Lady & One Thin Lady” with Jessica Rowe.

Known for her wicked and quick sense of humour, Ding Dong is an iconic Aussie entertainer!