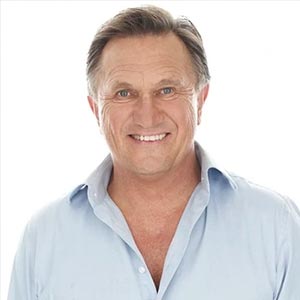 Frankie J. Holden is one of Australia’s most versatile and popular performers. Originally part of the successful rock group “Ol’55” he has gone on to become a star presenter, actor as well as performer.

Frankie J. Holden is an experienced and successful actor and television presenter. He has been seen on nearly every drama and sit-com on Australian television. Some of TV’s most memorable characters were created by him through his roles in “Underbelly”, “The Strip”, “Club Land”, “Police Rescue”, “Round the Twist”, “Embassy” and “Something in the Air”.

He was part of the team on “The Great Outdoors”, and hosted other shows such as “In Melbourne Tonight”, “Holidays for Sale” and co-presenting “Discover Downunder” and “What’s Up Down Under”.

Frankie J.Holden is a huge personality with a highly professional approach. The perfect host for a gala function or corporate event. He entertains crowds, keeps them laughing and thoroughly engaged for the entire event. He’s the iconic Aussie star.