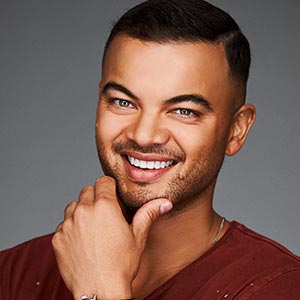 One of Australia’s most successful male solo artists is Guy Sebastian. A singer with a powerful, soulful voice, Guy is the only Aussie male artist in ARIA chart history to have achieved 2 number one albums and 6 number one singles!

From his entry onto the TV screens and into the Australian public’s hearts in 2003, Guy has achieved more than 30 platinum single sales and 6 ARIA awards. He’s reached number 1 on the US R&B Hip Hop digital chart with his global hit “Battle Scars” and it has had over 239 million streams worldwide.

His global success has seen him perform on international TV shows including The Late Show, The Conan O’Brien Show, Jimmy Fallon Live as well as performing for Queen Elizabeth II and Oprah Winfrey.

In 2019 and 2020 Guy was a Super Star Coach on Australia’s “The Voice”, cementing his standing as a talented artist, coach and mentor.

In 2019 his second single “Choir” from his album “T.R.U.T.H” became his biggest radio single to date.

This album has expressed his grit and depth as a singer songwriter.