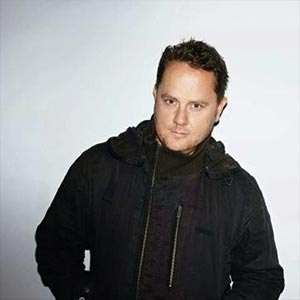 Leading the way in dance music culture since the late 80s and early 80s is DJ John Course. Twice crowned the Victorian DMC Mixing Competition winner, John was one of the first local DJs to champion the emerging house music sound in the state. He played at Chasers and Chevron nightclub, where he was resident DJ at night such as Insanity and Sanction. He has been part of the house music revolution in Australia, playing between Eric Morillo and Fedde Le Grande on New Years Evenin front of more than 40,000 people. He closed the Summerdays New Years Day event to over 20,000 people and has played alongside many of the world’s biggest DJ names. He’s been on the turntables alongside Felix Da Housecat, Richard F, David Morales, Roger Sanchez and Harry ‘Choo Choo’ Romero.

John is co-founder of Vicious Recordings – the label that brought us The Potbelleez, Madison Avenue, Sgt Slick, Avicci, Dirty South, Angger Dimas and Vandalism. He was also part of the team behind Blackout, with international club hit “Gotta Have Hope”. Partnering up with Andy Van, John’s remixing talents have been lent to many local and international artists with remixes for Pendulum, GT, Defected UK, Madison Avenue, Dead or Alive, The Astral Project, Foreal People, Bubbleman, Todd Terry’s Sound Design label, Edison Project and XLR.

Australia’s most influential dance music show, “Novanation” is hosted by John, airing every Saturday night on the Nova network. On numerous occasions John has played the main stage at Melbourne’s huge Summerdayze party.

Renowned for creating a vibe that rocks the dance floor and gets the crowd pumping, John Course is an in-demand DJ for one-off parties and major house music events.