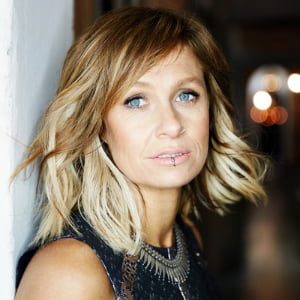 Kasey Chambers is one of Australia’s most loved and respected female artists. She has balanced her country roots with commercial success, receiving not only the admiration of fellow musicians such as Elton John, Emmylou Harris and Ben Harper, but a swag of awards. She has collected five CMAA Golden Guitars, seven ARIAs along with many APRA Awards.

Her first album, “The Captain”, is still one of the most praised debuts of an Australian artist. Her second album “Barricades & Brickwalls” won best album at the ARIAs in 2002 and saw her sitting at the top of the Australian pop charts with her single “Not Pretty Enough”. Kasey built a loyal following across the US while “The Captain” reached the Billboard Top 50, and she toured there on her own and with US artists such as Robert Earl Keen and Lucinda Williams.

Her third album, “Wayward Angel” went straight to number one in Australia. The album won the ARIA Best Country Album, and she won another Best Female Artist ARIA. Her fourth album, “Carnival” continued her success and debuted at number 1 and saw the single “Nothing at all” in the top 10.

Collaborating with many singers over the year, she’s sung with Tim Rogers, Bernard Fanning, Paul Kelly, Patty Griffin and Emmylou Harris. Her partnership with Shane Nicholson displayed a special chemistry. Their album “Rattlin’ Bones” debuted at number 1, won Best Country Album at the ARIAS and was nominated for two Americana Music Awards.

Continually challenging herself, Kasey’s next few albums showcased her talent as a singer and songwriter. Her single “Beautiful Mess” won the grand prize at the International Songwriting Competition. Another collaboration between Kasey and Shane, “Wreck & Ruin”, attracted rave reviews and won them Best Duo or Group Golden Guitar at Tamworth’s Country Music Awards.