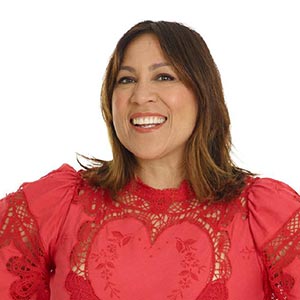 A creative tour-de-force, Kate Ceberano possesses one of those great voices of her generation. Over 35 years of album releases and hit singles, Kate’s displayed diversity through her movement around different genres.

With 5 hit singles while fronting pop funk band “I’m Talking”, Kate went on to win Most Popular Female Artist at the 1986 Countdown Awards. 28 albums later, along with a plethora of gold and platinum ARIA Awards, Kate has proven herself to be entertainment royalty. She was the first Australian woman inducted into the Australian Songwriters Association Hall of Fame in 2014 and has been nominated for Best Female Artist and dozens of other major awards over the years.

Her performance history has seen her take to the stage with legendary Australian singers such as Jimmy Barnes and INXS. She’s starred with John Farnham in Jesus Christ Superstar, had her own ABC TV show “Kate Ceberano & Friends”, won “Dancing With The Stars”.

For three record breaking years she curated the Adelaide Cabaret Festival and for her services to the arts and charity, she was awarded an Order of Australia. Now, in the 2020s, she’s joined artists such as Midnight Oil, Kylie Minogue and AC/DC as an ARIA artist with Top 10 albums across 5 decades!