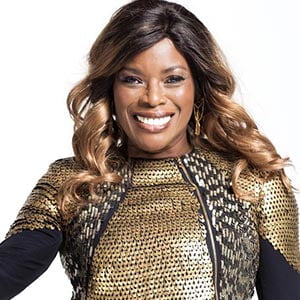 Marcia Hines is Australia’s legendary former Queen of Pop! Over five decades and 22 albums, Marcia’s career has seen successes with multi-platinum records and many chart-topping singles.

Marcia was inducted into the ARIA Hall of Fame in 2007, and in 2009 she was awarded the Order of Australia for her services to the Australian Entertainment Industry. She has been a performer, Australian Idol mentor and judge for seven years, and provided to the community through charitable organisations.

She has set industry benchmarks and reinvented herself, inspiring women in particular, and Australians everywhere. Marcia has travelled the world with the hit fringe festival stage production “Velvet”, performing in the starring role. In 2019 she starred alongside iOTA and Waangenga Blanco from the Bangarra Dance Company in the Spiegeltent production “Pigalle”. It was a sell-out hit of the Sydney Festival.

Opening at Sydney’s Lyric Theatre then travelling Australia, Marcia featured in the starring role of “Saturday Night Fever”. She was joined by Paulini and Timomatic, along with Melanie Hawkins, Euan Doidge, Booby Fox, Nana Matapule and Natalie Conway.

Marcia Hines has a seemingly endless career of reinventions, remaining at the top – the pinnacle of Australian entertainment.