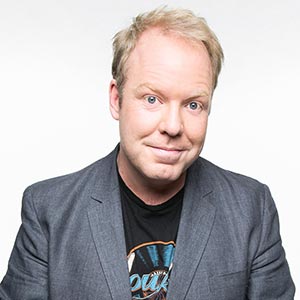 Gold Logie Nominee Peter Helliar has been making people laugh for decades. One of Australia’s favourite comedians, he first appeared on our television screens on “Rove” back in 1999.

His stand-up shows sell out across the country and he continues to invoke the laughter on TV shows such as “The Project”. His co-produced creation “It’s a Date” was an award-winning ABC TV series which ran for two seasons, and he directed episodes on that as well as “How to Stay Married”, on Network Ten.

Not just keeping the laughs to the screens, Peter is a much-loved children’s book author. His series “Frankie Fish” was voted on of Australia’s Top 50 kids’ books and “Frankie Fish and the Sonic Suitcase” was on the shortlist for ABIAs “Book of the Year for Younger Children” in 2018.