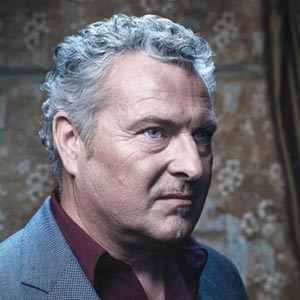 With a career spanning over 4 decades, Ross Wilson is one of Australia’s most respected artists.

Fronting Daddy Cool in the 70s with their rootsy 50s sounds, his own-penned hit single “Eagle Rock” hit Number 1 on the Australian charts.

As a song-writer and producer he’s been involved in the success of many acts, such as the production on Skyhook’s “Living in the 70s”, “Ego is Not a Direty Word”, and “Straight in a Gay Gay World”. Wilson also produced albums for Jo Jo Zep and the Falcons, Gary Young, Company Caine, the Jonnys, Dynamic Hypnotics and the Street Hero soundtrack.

One of the most popular Aussie acts of the 1980s was Wilson’s band Mondo Rock, topping the charts with singles and albums through the mid 1970s into the late 1980s.

He wrote and produced “Bop Girl” – a hit single for his wife Pat Wilson, peaking at number two on the Australian charts in 1983.

In 1988 he was inducted into the Australian Recording Industry Association’s (ARIA) Hall of Fame. The following year he released his debut solo album, “Dark Side of the Man”, which peaked at number 24 and saw his successful single “Bed of Nails” also reach number 24.

Wilson has continued to achieve success as a songwriter and performer, with his songs being recorded by a diverse array of local and international artists. He’s been said to be the only person in Aussie rock music not able to make a comeback, simply because he’s never gone away!