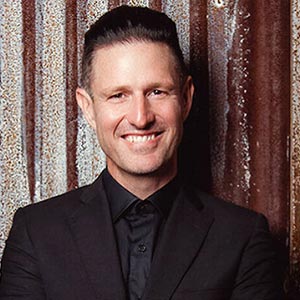 Well-known host and executive producer of “Gruen” – ABC Television’s most popular show – is Wil Anderson. Although he’s also known for his various podcasts, Wil feels most at home on the stage.

Wil’s comedy is unpredictable and high energy. He rides the atmosphere of the sold-out venues and has such a high joke count that they should come with a heart health warning.

His success on Triple M’s “Wil and Lehmo show” gained him two nominations at the ACRAS (Australian Commercial Radio Awards), another two for Best Radio Personality at the GQ Man of the Year Awards and also the gong for Best Comedic Talent. He’s won the People’s Choice Award at the Melbourne International Comedy Festival a record six times.

Stand-up comedy is his main passion and his solo shows have toured comedy festivals across Australia through to London and Edinburgh. Will is an experienced debater, MC, corporate performer and his wickedly funny talents have led him to work for a large variety of corporate clients.